Yes, this game now has actual original music now!! 3 unique tracks so far have been made for ATONEMENT, and this is one of them. This particular one, "Dealing With The Devil," was created by BloodyVermillion, and will be played during certain cutscenes with Lucifer, including the intro. I don't know if I should update the Mini-Demo to accommodate this, but it's been implemented in game.

I should also mention that today marks the 1-year anniversary of ATONEMENT's existence as a full-fledged idea to pursue. The game began development on 12/3/2018.

The above GIF highlights the progress made on the first day of development, which was a working textbox and a player. From there, it took around a month and a half to get the main mechanics working to a point where the actual game could be made. 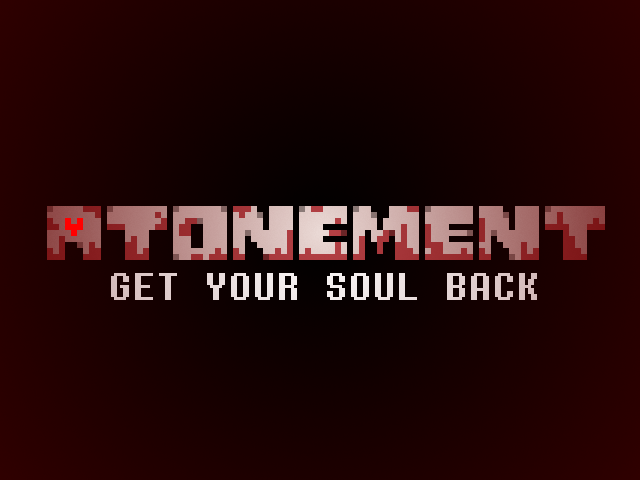 The first draft of a title screen-type thing, created on 12/2/2018. The logo itself was made a day before. Speaking of, for the longest time, I thought that the vague idea for ATONEMENT came before any sort of branding was made. I was wrong.

The ATONEMENT logo came before everything. My memory is pretty vague on this, since this was about a year and a day ago. I was in a really edgy creative headspace for a while, and I really wanted to create something edgy. My first draft for an edgy game was made on November 12, 2018, and I wanted it to tie into my Otherworlder story somehow. I was also not confident with my ability to create a complex game, so I began to concept a simple Otherworlder ARG-related UNDERTALE game. Some may call it a "strand-type" game by today's standards. 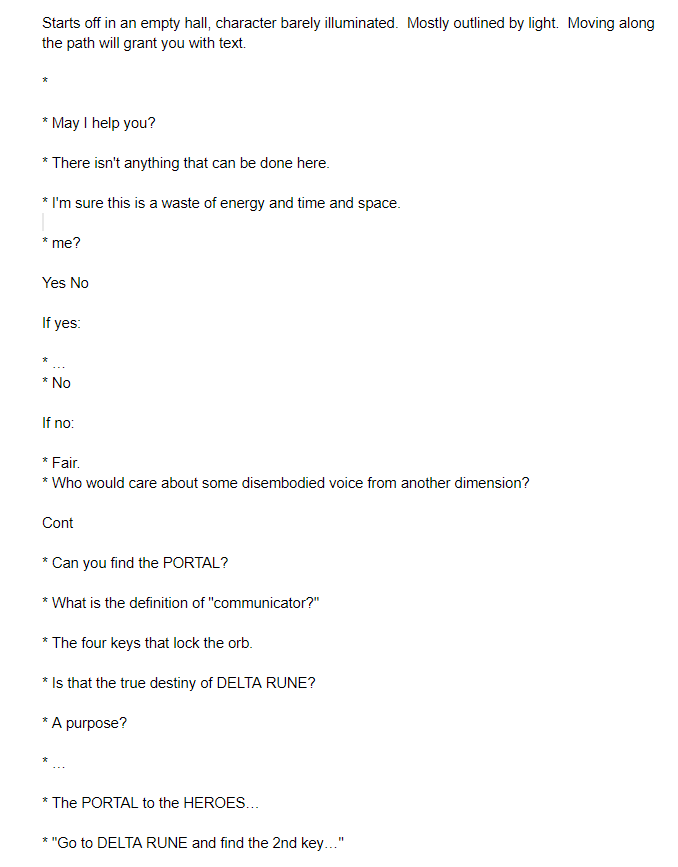 I was rather displeased with what I came up with, especially given the lack of substance and vague "emo-edginess" the document expelled, so I scrapped it. Then when December arrived in 2018, I had a new idea and turned it into a logo. That logo was the ATONEMENT logo that we see today. Then I decided to create a short animated monologue to illustrate what I wanted to accomplish with the game, which I stapled to the "UNDERFELL - Bonus 2" video that I was making, which ended up becoming "UNDERTALE and deltarune Animation Compilation." The first draft of the script was very similar to the ARG game script; very vague. It depicted Lucifer in his earliest form. 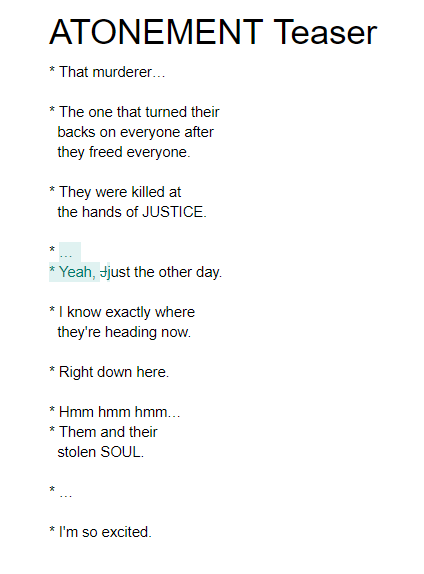 I think I originally wanted it to be this short. Then..... I disposed of it a minute later and began to write the current version of the script, which is a dialogue between Lucifer and one of his demons.

Funnily enough, I didn't have an actual good name for Lucifer when writing this. Evident by this screenshot, I called him "DEVIL" in a sort of standard UNDERTALE/deltarune fashion. The name "Lucifer" was actually just an on-the-spot decision at the end of making the animation to try to flesh out the character. 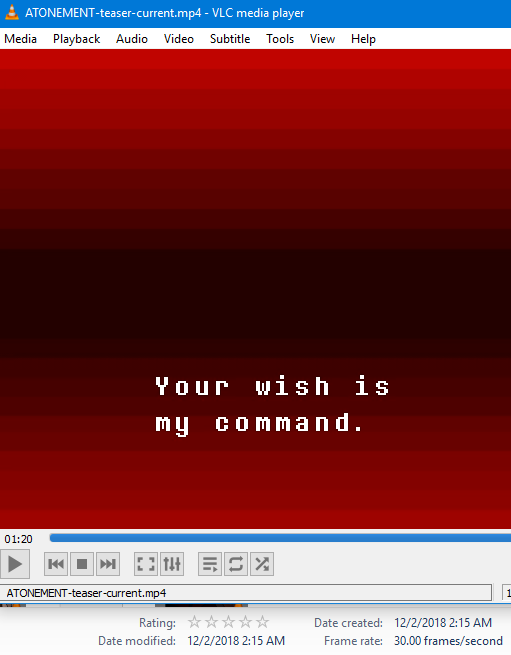 This was also before I added most of the special effects. By 4PM that day, I had the final cut of the ATONEMENT teaser completed and the story basis finalized. I began development that evening at midnight.

And now we're here. And all because I felt edgy one day.

GET YOUR SOUL BACK